On 15th May 2018, Merton Greens joined hundreds of others in Central London to protest against the killing of 60 Palestinian demonstrators by Israeli forces on the previous day. A further 2,400 Palestinians were injured, including 200 children. This came on the same day that the US opened their contentious embassy in Jerusalem and that 70 years of Nakba was marked - the time that saw over 700,000 Palestinians forced from their homes.

The people of Gaza have been living in increasingly inhumane conditions, due to the blockade imposed by Israel over the past decade. There have been protests at the border for the past 7 weeks against the siege, which has been met with violent force.

The protest was organised by Palestine Solidarity Campaign, Friends of Al-Aqsa, Palestinian Forum in Britain, Stop the War Coalition, Olive and Europal Forum, and supported by Campaign for Nuclear Disarmament, Muslim Association of Britain.

More information can be found here. 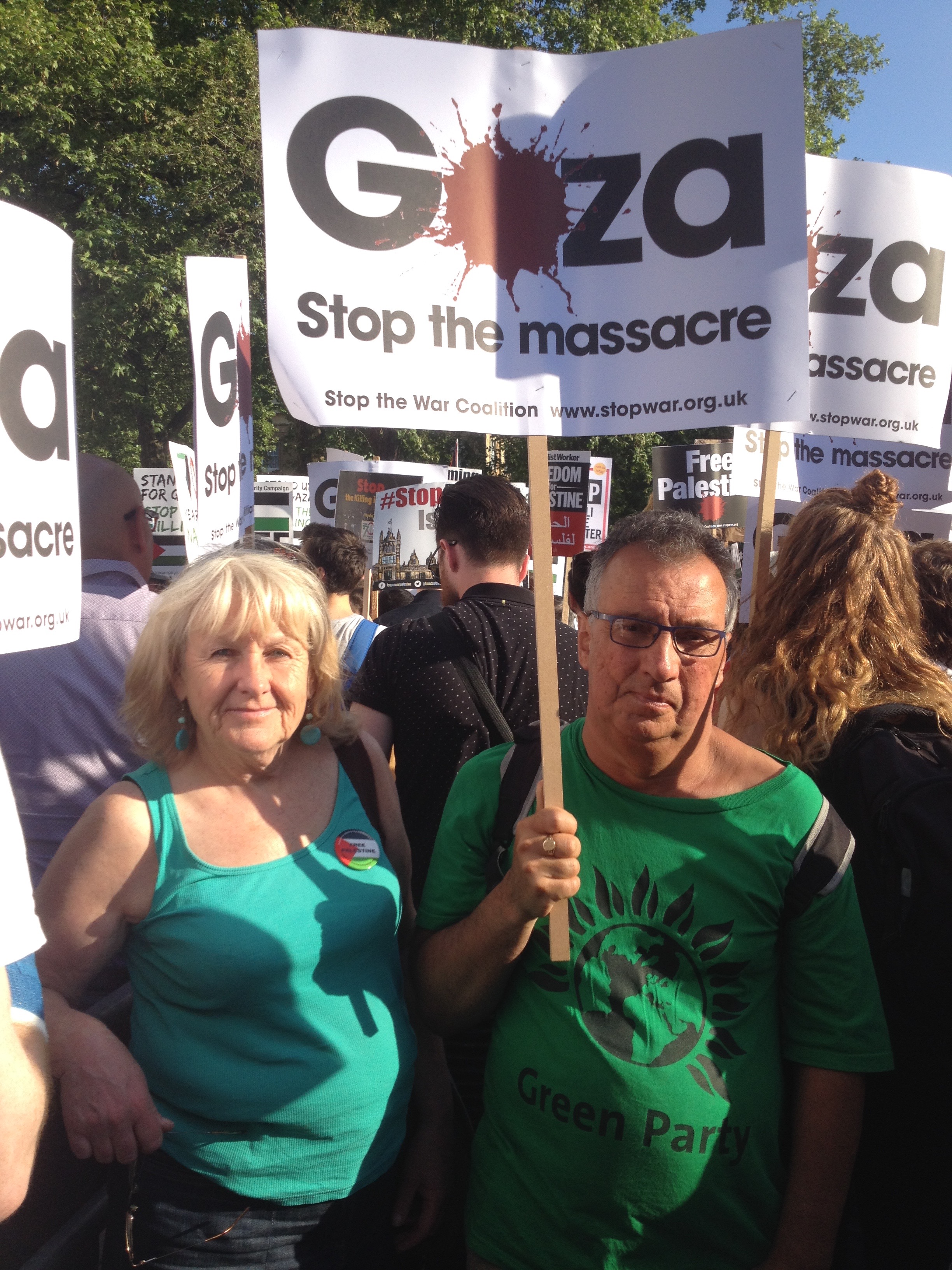