Merton Greens march to demand to 'Put It To The People'

Merton Green Party members joined a million marchers on Saturday 23rd March, to ask the government to put Theresa May's Brexit deal back to the people in a referendum. Organisers reported that the turnout matched the record breaking Iraq War demonstration of 2003.

The event was a peaceful demonstration against the appalling handling by the Conservative government of the entire Brexit process and came in the same week that almost 6 million UK citizens signed a petition asking the government to revoke Article 50. More details of the event can be found here. 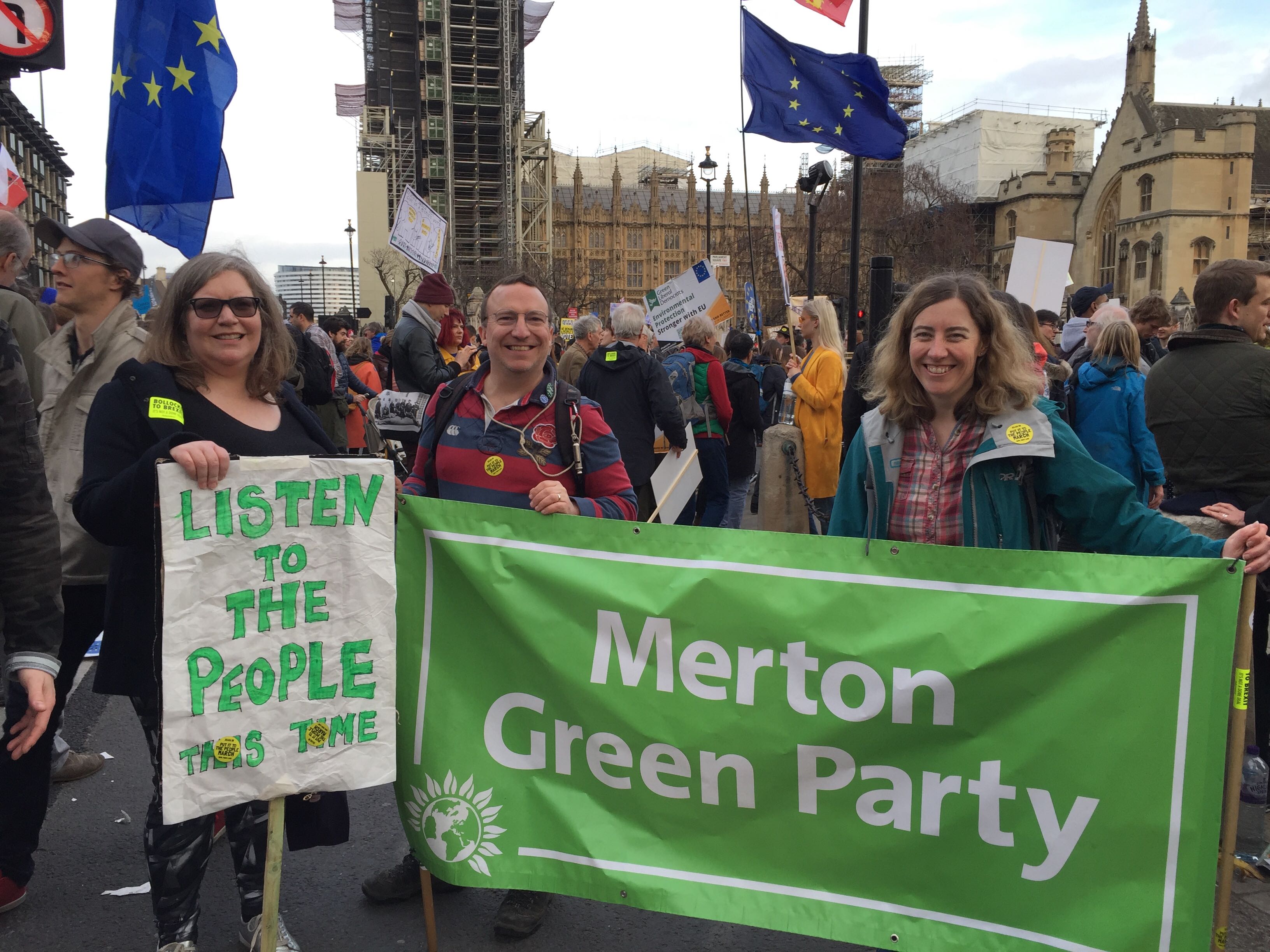