Merton Green Party welcomes Merton Council’s cross-party declaration of a Climate Emergency and commitment to lead the borough to carbon neutrality. We would like the target of 2050 for the borough to be brought forward to 2030, which is the Council’s target for itself, but we commend Councillors and Officers for taking a positive first step.

Dr Pippa Maslin - our parliamentary candidate for Mitcham and Morden, and London Assembly candidate for Merton and Wandsworth - first asked the Council to declare a Climate Emergency and review its carbon reduction plans for the borough at the Full Council Meeting on 6th February. She went on to create a petition, repeat the aforementioned question at the Full Council Meeting on 3rd April, and meet with the Cabinet Member for Adult Social Care, Health and the Environment, Councillor Tobin Byers.

Dr Maslin believes that the petition, which has been signed by 2170 people who live/work/use services in the borough, has encouraged the Council to take action. She thanks her fellow petitioners for their dedication and enthusiasm, Councillor Byers for drafting the motion and working with Councillors from other parties, and the Councillors for passing the motion unanimously. She is optimistic about the plan to set up a community working group who works with the Council, and has already suggested to Councillor Byers existing community groups who might like to help - groups such as Sustainable Merton, Merton Friends of the Earth, Mitcham Society, Clean Air Merton, Divest Merton, Merton Cycling Campaign and Merton XR.

Merton Green Party agrees that these groups are full of knowledgeable, skilled and passionate people who can play a key part in achieving carbon neutrality. It aims to play its part and looks forward to working with others.

You can see the motion here.

You can watch the passing of the motion at the full council meeting here.

You can see the online petition here, which is in addition to the paper petition.

If you would like to be a part of the Climate Emergency Working Group, the deadline for applications is 30th August. 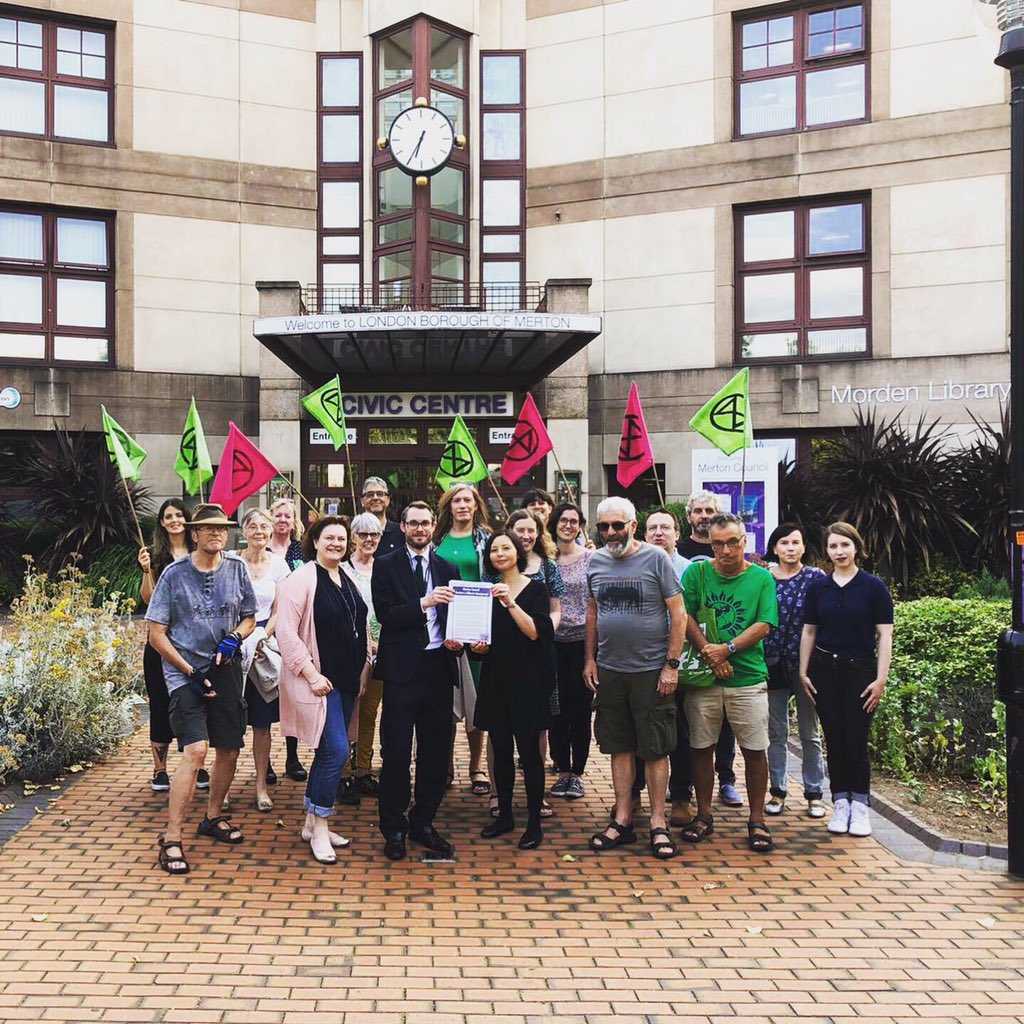