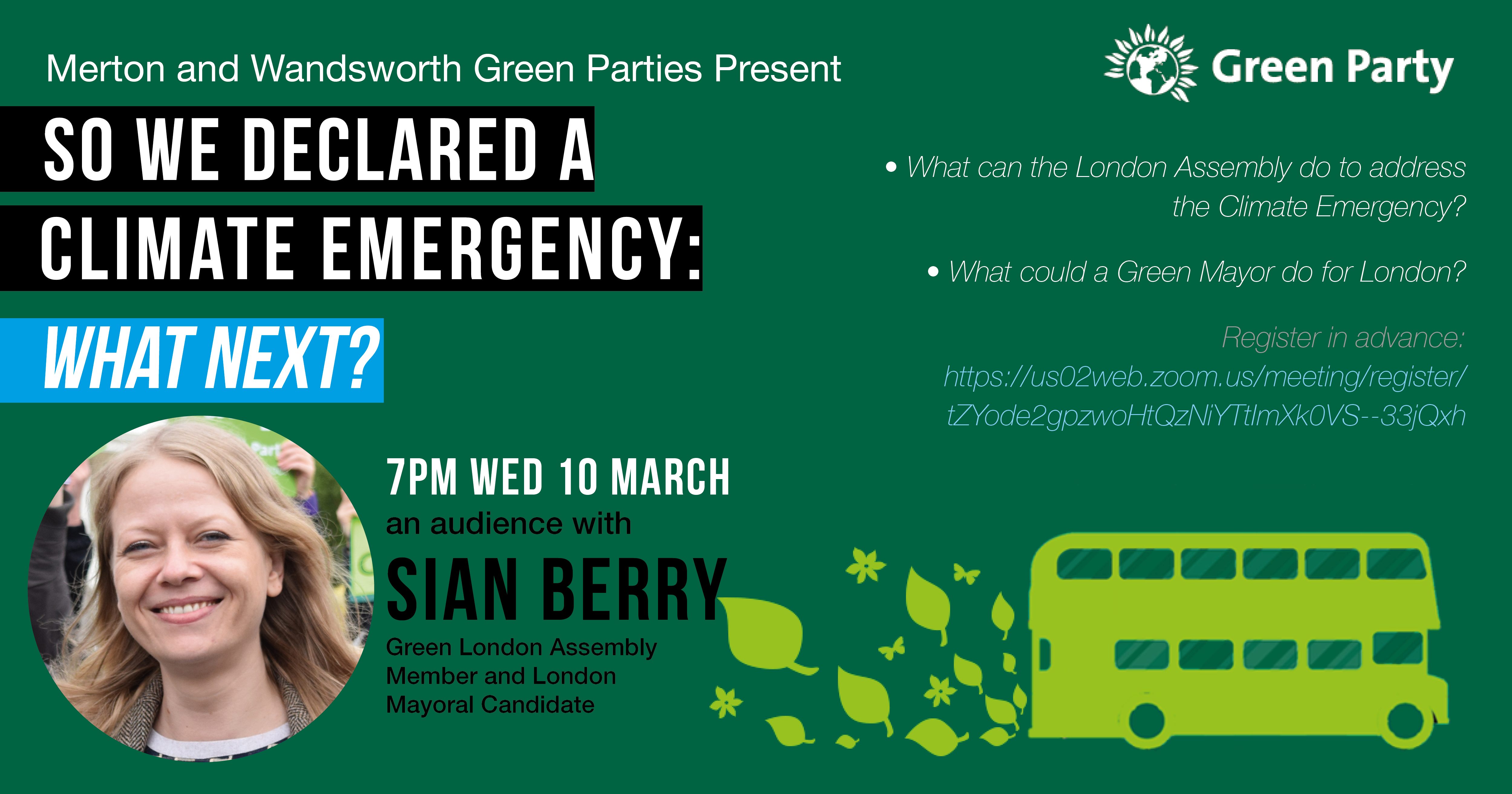 "So we declared a Climate Emergency: What next?"

On 10 March 2021 Sian Berry, the Green Party’s candidate for Mayor of London, joined Merton and Wandsworth Greens to talk about the climate emergency.

Sian outlined three policies that, as Mayor of London, she would pursue to enable the city to meet the target of carbon neutrality by 2030.

She answered questions on a range of subjects: housing, transport, local council funding, incinerators, 15 minute neighbourhoods, and tree felling. Sian demonstrated a thorough knowledge and understanding of the way local government can be made to work for the environment.  She also showed what a positive force she would be if elected Mayor of London.

The meeting was ably chaired by our very own London Assembly candidate for Merton & Wandsworth, Dr Pippa Maslin.  Pippa is standing as the Green Party’s council candidate in the St Helier ward by election.